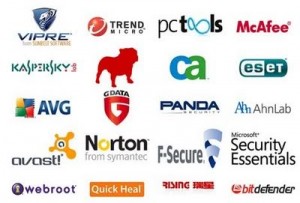 advanced features that go beyond basic protection including anti-phishing, removable of storage devices that are scanned automatically and message protection.
There are product categories which offer much-advanced protection features which are called internet security suites. This is where I stumbled on two most popular suites for the advanced anti-virus software – Bitdefender and Kaspersky. First, let’s make a thorough review on each one so that we will know their best features.

Bitdefender’s some of the premium features include the secure storage line, antitheft and encryption to name a few. Your online storage will be secured enabling the storage of important files on the cloud that is retrievable in case of system shut down. With the anti-theft feature, your system will be traceable from any device that is connected to the internet aside from wiping or locking it giving the thieves a hard time using it. The feature that encrypts your file locks your personal identity and even your confidential data in a vault which is exclusive to you and no one could ever find. 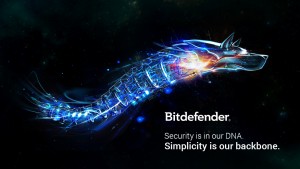 The three aforementioned premium features are very important to increase extra security. This suite of antivirus has all the basic features that you will find in Bitdefender Internet Security and Bitdefender Antivirus. Aside from providing a warning from phishing websites, it also blocks malware that causes your computer to malfunction. If a USB is inserted to the system’s port, its action will be detected and screened for any possible threats.
Bitdefender will stay out from any activities done by the system user to prevent any limited actions than will cause slow and poor performance of the computer. The cloud anti-spam which is included in the secure storage online feature will get rid of those spamming emails that flood your inbox. Another good thing about Bitdefender is the proprietary wall and its access to its 24/7 customer support.
Let us now go over to Kaspersky and check on what they have in store for their avid users.

Kaspersky is one of the best-known antivirus software that delivers internet security. It protects not only computers but also android devices, iPads and iPhones and also Macs. The interface of Kaspersky is clean and clear making the tiles in the home window lead to information and status settings. Features in this suite include anti-phishing, online browser protection and online banking security among others. 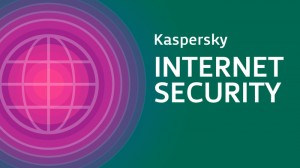 The Safe Money feature has recently won Kaspersky the AV-Test innovation award. The award-winning feature protects the details of your banking transaction by combining website security checks with the use of encrypted connections and virtual keyboard.
There are some additional features like the webcam security that prevents intruders from hacking your notebook camera, tablet or phone. The backup module copies files to online, network or the local storage. It allows coverage of up to five devices may require you to buy extra storage depending on your needs. It also has a built-in vulnerability scanner that checks all of the unprotected fragments in the program code.

Now that I have introduced the two well-known antivirus software let us now begin the battle for the best in terms of:

• Protection: Both suites offer the highest level of protection. The Kaspersky suite is missing some few features in terms of high detection level and performance. It could only detect almost 80% of familiar viruses and malware. Unlike Kaspersky, Bitdefender provides 90% of virus detection and contains the best engines for virus detection that are readily available in the market because of the three-phase approach for its virus protection.
The Bitdefender first phase is to check all new files from the existing virus database. The next phase is to separate running programs for possible threats and supervises the behavior as to what action is needed. The third phase checks on each procedure for any malicious activities and detects a lot of sneaky viruses.

• Performance: Bitdefender is a bit heavy compared to Kaspersky which is one of the lightest antivirus software available in the market.

• Interface: A good internet security suite is one that is user-friendly especially for a beginner. Both Bitdefender and Kaspersky get two thumbs up in terms of user interface. The advanced user can benefit more from some of the several menus that are hidden like program configuration, temporary protection disability, etc.

• Price: When it comes to price, Kaspersky is a little cheaper compared to Bitdefender which costs $49.95 while Kaspersky is only $47.96 inclusive of the 20% off coupon (if the promotion is still running). Its original price is $59.95.